Hot on the heels of 0.9.5, I've released 0.9.6 to address some immediate deficiencies resulting from the major overhaul of the underlying application.

Not that I've heard from too many people on the app before, but as always, if you hit issues, don't hesitate to let me know or file an issue on the Google code page.
Posted by Unknown at 8:26 PM No comments:

For anyone out there that uses AnyBackup, if anyone out there does beside myself and family -- there have been over a thousand downloads but that says nothing about actual usage, I've not abandoned the project. I just haven't had time recently to do much. I spent a lot of time this weekend, however, revamping it. Some of the biggest changes are under the hood, I've totally changed how data is stored which necessitated moving and rewriting a great deal of code.


Look for this revamped version to be up for download in the next week or so.
Posted by Unknown at 5:18 PM No comments:

This is my third monthly report for my peer to peer lending.

In terms of late and defaulting notes, Lending Club is, quite bluntly, kicking Propser's ass. Now I should point out that it's not exactly an apples to apples comparison as I have some riskier notes in my Prosper portfolio compared to Lending Club. That said, the notes that are likely going to default on Prosper would match my tighter filters on Lending Club. Let's review! 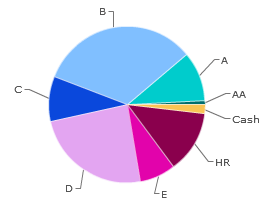 
So how are we doing? Well, I've got four notes now that are 31+ days late. I'd be very surprised if any of them pay off. But surely all these notes that are delinquent must be high risk, right? Not really, and that's the rub.

The break down of these four notes: 1 B, 1 D, 1 E, and 1 HR. None of the notes had an delinquencies in the last seven years. One of the notes has a public record in the last ten years (which I've subsequently removed in my filter now). One common thread between these notes is that they all have 1 or more inquiries in the last six months. I've brought my Prosper filter inline with my Lending Club filter now and cut out borrowers with inquiries. This probably cuts out a portion of good notes, no doubt, but at the same time the largest chunk of loans are for consolidation and it makes a simple kind of sense that a good candidate for a consolidation loan should be looking to pay down their current credit lines, not take out new lines. (Yes, I realize things other than a credit line can register inquiries -- as I said, some good notes will get cut out with this broad sweep.) That said I'm only looking to reinvest payments, so I don't need a large volume of loans and can afford to be picky.

I fully expect these four loans to get charged off, they represent $150 in principal outstanding minus a small amount of payments received = $147.67 projected charge off. If this comes to pass my profit will be knocked down to below what my Lending Club account has brought in with less time under its belt. 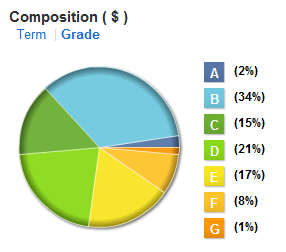 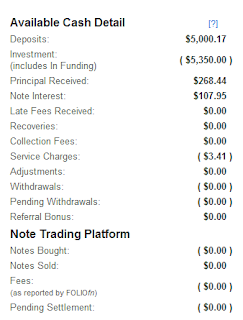 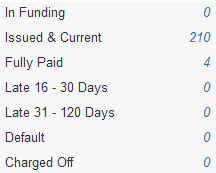 
My Lending Club account is doing great. All my notes are current. I have not had one note where a borrower has taken the money and walked away, which has happened to at least three notes on my Prosper account. If Lending Club offered an autoinvest option (based on your custom filters and with < $25k invested) I'd say there was no compelling reason to use Prosper based on my experience so far. Even so It's likely that even with a three week handicap losses will mean that my Lending Club account ends up coming out ahead of my Prosper account in earnings.


See the first update.See the second update.
Posted by Unknown at 5:28 PM 2 comments: 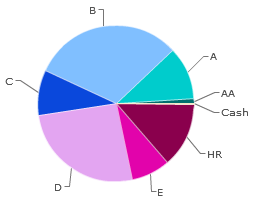 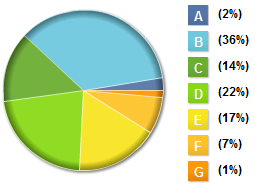 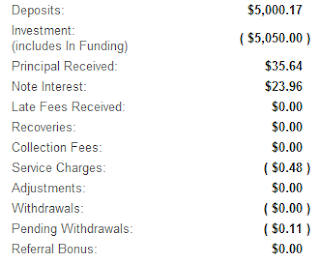 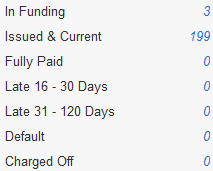 See the first update.
See the third update.
Posted by Unknown at 5:06 PM No comments: 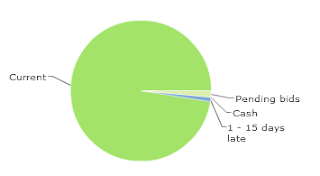 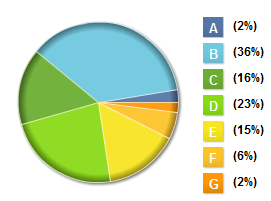 See the second update.See the third update.
Posted by Unknown at 2:51 PM 1 comment: